The Independent Media Agencies of Australia (IMAA) have announced the latest in its series of free webinars for its members with a new “Culture in COVID” webinar hosted by human resources expert Lisa Gray.

This webinar will be held on 9 September and aims to help IMAA member agencies maintain and grow culture during COVID-19 while many people continue to work from home.

Gray will advise members on leadership during Covid, igniting individuals’ purpose in times of crisis, mental wellbeing and embracing a new culture for the future. 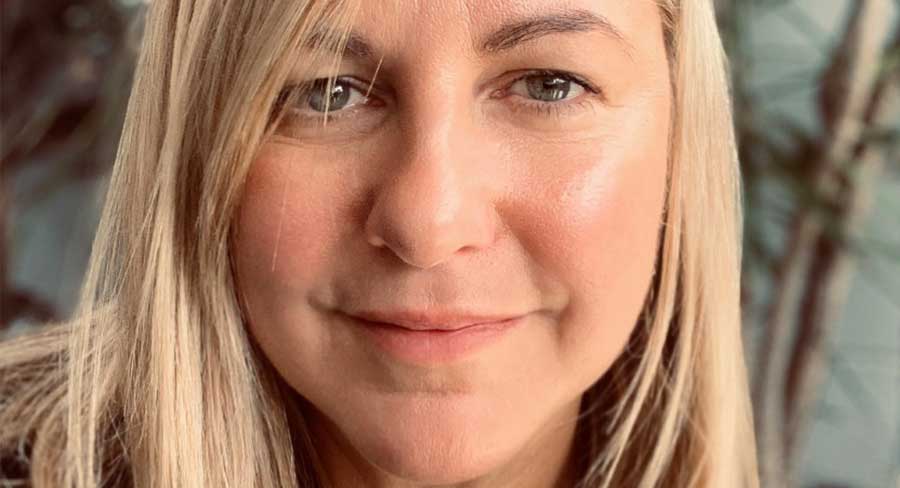 Gray has more than 20 years’ experience working in advertising, media and HR and in 2019 established her own HR and executive coaching business called Person. Gray was previously head of talent at IPG Mediabrands, director of people & culture at starcom and has also worked with recruiter ICUR.

“As Australian owned and independent businesses, all our members across the independent media agency sector have been impacted by the ongoing COVID-19 pandemic. The IMAA is pleased to continue to provide our members with support and guidance from a range of industry experts who have generously given their time. Maintaining and evolving culture, particularly as many are still working from home, is critically important for all our businesses so Lisa’s advice will be invaluable,” the IMAA said.

Gray said: “If you’re hoping things go back to normal within the workplace – be prepared. The way we interact and collaborate with each other prior to COVID-19 is no more. You need to be set up for a new way of thinking – or you could be at risk of falling behind.”

The “Culture in COVID” webinar will be held at 12 noon on Wednesday 9 September.

“Facebook says they don’t want to carry news from media organisations in Australia where there is fact checking, where people stand behind it, where they can be sued for libel.

“It will become a great repository for people creating fake news out of China, Russia, or Australia, or wherever. You won’t be able to believe anything you read on Facebook.”

“It was really illustrated to me where Facebook is coming from, much more important than whether the news is reputable or reliable to them, is how much money they make out of it, and that distinguishes it in my view between Facebook and a real news organisation,” he said.

If Facebook carries out its threat, Australian feeds will be awash with even more misinformation

Facebook has more impact on public discourse and on what Australians believe than any other source. Almost 90% of adults have an account that we check on average 29 times a week: more frequently than we read a newspaper, listen to the radio, or watch a TV show combined, reports Guardian Australia‘s Belinda Barnet.

Over one-third of us now get our news predominantly from the platform, misinformation be damned.

And Facebook is profiting from all that eyeball time: it raked in $673.9m in the last calendar year in Australia. It is far more powerful and profitable than any media outlet in this country.

Unlike media outlets, however, Facebook is not held responsible for the content it publishes. It is not subject to the myriad standards of practice, codes of ethics, and the expectation of truth-telling that Australian media outlets must adhere to. This may go some way to explaining why one in eight Australians believe Microsoft founder Bill Gates is implementing a “global microchipping” plan – and that the 5G network is spreading coronavirus, falsehoods that have both gained currency on Facebook.

Pugnacious Global Times editor-in-chief Hu Xijin has criticised Beijing’s secrecy over the detention of Australian Cheng Lei, suggesting it had been a propaganda failure, report News Corp’s Will Glasgow and Heidi Han.

In a rare public critique by a participant in China’s tightly-censored media system, Hu indicated China’s media had been kept in the dark about Lei’s detention without charge, which was revealed by Foreign Minister Marise Payne on Monday night.

“If foreign criminals are arrested­ in various places in China, (the Chinese state) should inform the media as soon as possible,” wrote Hu on Weibo, a Chinese social media account. “Diplomatic discords should not be hidden from the media.”

The lack of explanation about Lei’s detention without charge has heightened concern within the federal government about the implications for other Australian citizens in China and underlined the deep distrust between the two governments. The Australian government was aware of Lei’s unexplained detention last week as Wang Xining, China’s deputy chief of mission in Canberra, gave what appeared to be a conciliatory speech at the National Press Club

Executive Chairman Antony Catalano, said: “It’s fantastic to be launching this publication in what is such an important part of the Sydney market and adds another quality title to the ACM stable.” 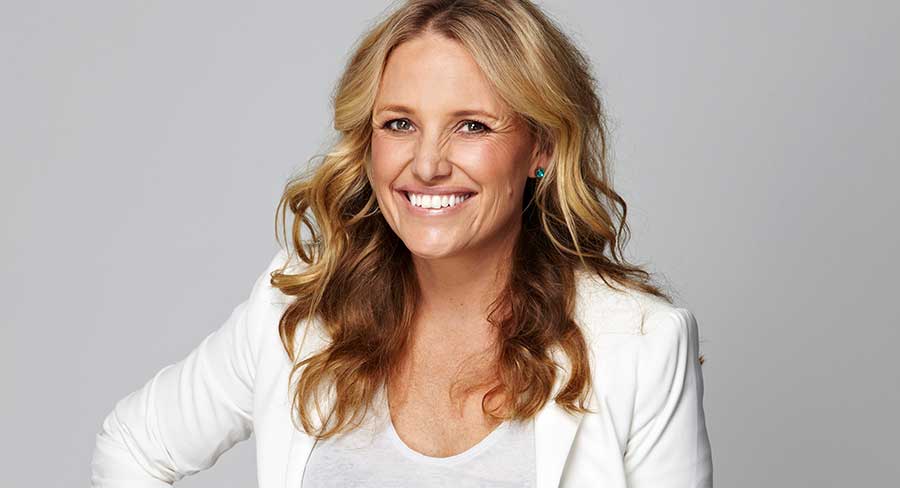 ACM has appointed northern beaches local Kate Cox to lead the new magazine. “Kate brings with her a wealth of journalism experience having been editor of publications such as The Sun-Herald and Sunday Life, but importantly knows how to find the local stories that people want to read through her time as a breaking news reporter covering everything from crime to entertainment to property,” Catalano said.

Kate Cox said: “This is a dream opportunity to help launch a product in the area that is so close to my heart. The ACM team is investing not only in me but in the entire community and I can’t wait to launch this beautiful, relevant, exciting news and lifestyle magazine. It’s so refreshing to see a company committed to local news and, crucially, helping to support local journalism.

“With ‘Love Where You Live’ as our mantra, we are aiming to do things differently to a traditional local newspaper. We’ve taken the learnings from our success of The Weekly Review in Melbourne to combine local news, people and events with lifestyle content and of course the best in local real estate.”

The Northern Beaches Review will have access to the resources of ACM’s 170 titles across the country as well as access to its sales team and a national-wide team of over 600 journalists. The new publication will link to ACM’s 135 websites, which combined with print captures an audience of more than 7.7m viewers per month. It will also enable the publication to access the 1.5m monthly audience created by ACM’s partnership with realestateview.com.au.

“We feel the time is right to push into the Sydney market with our bundled offer of print, the Today Acquire digital marketing tool and listings on realestateview.com.au. We’ve proven through our regional pilots that by combining these assets we are able to reach buyers at all stages along their path to purchase,” Tyrrell said.

Nine’s Millionaire Hot Seat, will temporarily relocate from Melbourne to Queensland to film a block of 30 episodes in the Sunshine State. The episodes will go to air on Nine from October.

The move is due to the Stage 4 COVID-19 restrictions which have been imposed on the Victorian capital.
Production will take place at the Gold Coast Convention and Exhibition Centre.

The relocation has been supported by the Queensland Government, including Screen Queensland, as well as the City of Gold Coast and The Star.

It is more than $1 million could be potentially given away across the 30 episodes, with all winnings awarded to Queensland residents.

Host of Millionaire Hot Seat, Eddie McGuire, said: “In more than 20 years of making Millionaire, this is the first time we’ve taken the show out of Melbourne. I can’t wait to experience the hospitality that Queenslanders are renowned for. And with the AFL bubble based on the Gold Coast, there’s no better place to be as we approach the pointy end of the season. I’m also looking forward to bringing all the news firsthand from the hub for Footy Classified.”

Gold Coast Mayor Tom Tate said this was a rare opportunity for Queenslanders to win some cash while having the city showcased across the country.

“We are so blessed here in Queensland and the Gold Coast to be able to welcome TV and film productions as well as sporting teams to our city during this very tough time, he said. “When I got the call, I said immediately, ‘lock it in, Eddie’.”
A total of $81,893,000 has been given away on Who Wants To Be A Millionaire and Millionaire Hot Seat over the past 21 years.

‘Rugby is a tier one sport’: RA boss optimistic as Foxtel talks tough

Rugby Australia chief executive Rob Clarke believes Foxtel boss Patrick Delany was including rugby in a list of “tier one” sports the pay-TV network was prepared to invest in despite the claim the broadcaster was “quite fearless of losing a sport”, reports SMH‘s Tom Decent.

It comes as Clarke insisted there had been no formal indication from New Zealand they would be happy to accommodate five Australian teams and sign off on a new trans-Tasman competition.

Friday marks RA’s deadline for expressions of interest on a new broadcast package starting next year that it has floated to the open market.

Delany, speaking at a sports conference on Tuesday, failed to specifically mention rugby as one of the major codes Foxtel was happy to continue doing business with.

Delany’s comments were viewed as a back-hander to the other two major football codes in rugby and soccer, but Clarke brushed aside the remarks on Wednesday and is adamant the 15-man game is still in a position to be purchased for a good price when negotiations formally begin.

“As one of the largest global sports, I think rugby is a tier-one sport,” Clarke told the Herald. “I think Patrick was including rugby in his commentary.”

Asked what expressions of interest he expected to receive on Friday for a broadcast package encompassing Test matches and Super Rugby, plus new State of Union and Super Eight concepts, Clarke replied: “We’ve had very good dialogue with a range of broadcasters. As to what comes in in the form of official proposals on Friday, I’ll tell you on Friday.”

Cricket Australia’s inability to make the Big Bash League more of a priority in the schedule has pushed Channel 7 to nail a for sale sign to the product, reports News Corp’s Ben Horne.

Channel 7 no longer wants the BBL and back in March actively tried to offload the once golden goose of Australian cricket to Channel 10, who didn’t want it either.

COVID-19 might have heightened the BBL’s diminishing value to broadcasters, but it’s a long-running issue that predates the pandemic and prompted Cricket Australia to commission its own independent review into the Bash last summer.

The report compiled by former Channel 10 boss David Barham strongly urged the game to find ways to ensure more top Australian stars could play in the tournament, and stated that the BBL needed to be put on more of a pedestal, rather than always being at the mercy of international scheduling.

Barham reiterated in the report that the BBL must get back to its roots as a ‘made-for-TV’ product, and the broadcasters are both united in feeling they’re not getting bang for their buck and have lawyered up.

The unprecedented challenges of COVID-19 could not have been foreseen, and have made revamping the competition a difficult exercise for CA to pull off this season.

However, the fact the BBL 2.0 reboot that was promised looks unlikely to be delivered this summer is why Channel 7 and Fox Sports believe they’re entitled to a rights reduction for the fallen value of the product they’re paying big money for.

The two networks will meet with Cricket Australia later this week, but as far as Channel 7 is concerned, a rights reduction isn’t all they are after.

Channel 7 is frustrated by the BBL’s poor performance since taking on the rights in 2018 and chief executive James Warburton has stated publicly that the network do not support the coming season.

CA have put Channel 7’s approach over the past week down to posturing and their financial struggles, but there remains a very real chance the network could try and offload the Big Bash. They would rather be rid of it altogether.